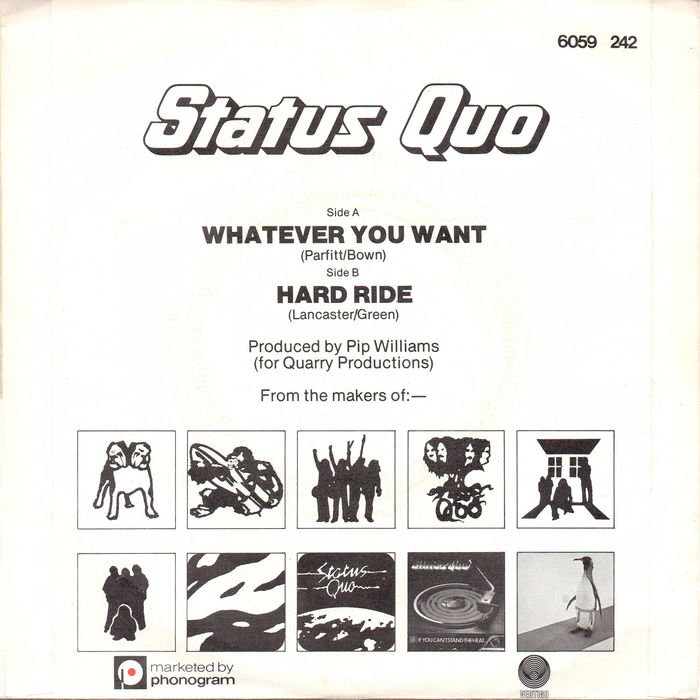 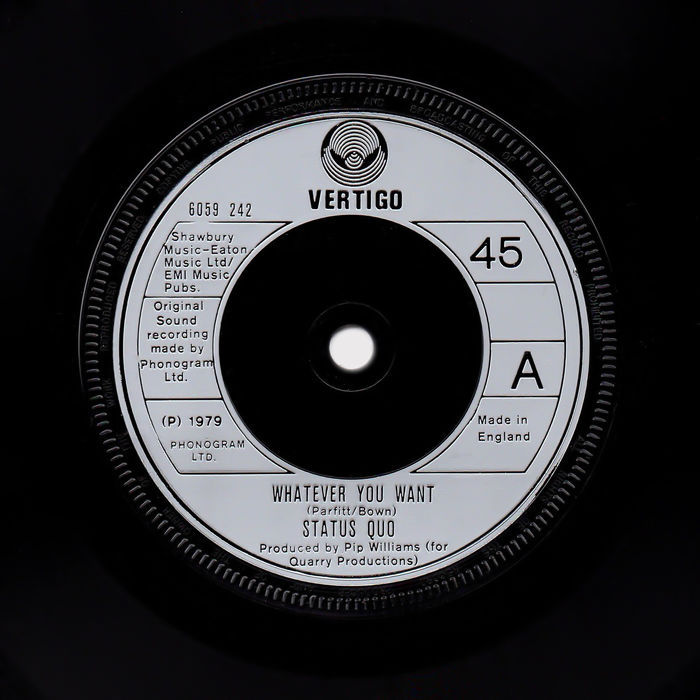 Long disparaged by the clique of music journalists, criticism of Status Quo's three-chord "boogie rock" began in earnest with the release of one of their best-ever songs featuring one of the most memorable intros of any rock single. You have to love the irony.

The group's origins date back as far as 1962, when schoolboys Francis Rossi and Alan Lancaster formed The Scorpions which soon became The Spectres. Five years later, Rick Parfitt joined the group, now calling itself Traffic. When Steve Winwood adopted the same name for his outfit, the name changed to Status Quo. Whatever the inspiration for the name, it certainly came to reflect the band's style of repetitive dance rock in stark contrast to the neophiles of progressive rock.

What sets this song apart from the group's other work is the intro. A gentle beginning, picked notes in an almost lilting melody using chorus and fuzz guitar effects. A sustained note leads into a more upbeat D minor riff and then launches familiar hook. Add the percussion at almost the minute mark only for the introduction to pause some bars later. After the brief silence, building tension, the vocals begin. It's a beguiling layering that pulls you into the song and before you realise it, you're appreciating the craft of a Quo song.

The lyrics can be interpreted as a commentary about conspicuous consumption – and ironically the song has been used in many commercials – but it is more likely to be about the excesses of a rock star lifestyle, being able to have "whatever you want, whatever you like… whatever you need, whatever you use". Whatever they mean – see that? – the lyrics seem to "go" with the music, a necessity for any memorable song.

One aspect we have not been able to uncover is the reason for the bizarre cover artwork: a penguin on a red carpet. Perhaps it's an inside joke. (If you have any ideas, please let us know). You will note from the label shown, the copy in our collection is made in England. Due to the strong demand for the record, many copies were pressed in France and imported, making the original English version rarer.

Status Quo are unlikely to top of the list of most respected groups, but this should not disguise the memorable tracks that the group produced. Some are totally overlooked. Had the catchy, feel-good It's Christmas Time been released in the band's prime, and not in 2008, it would probably would receive far greater airplay each festive season than it currently enjoys.

As the song says, "You pay your money, you take your choice" and we choose this track as the band's best single.

We hereby instate Whatever You Want by Status Quo on The Wall as No.18 Best Single of 1979

The rock n roll lifestyle hinted at in the lyric unfortunately caught up with Rick Parfitt on Christmas Eve 2016. R.I.P. Rick.Dave B

*Written by: Parfitt, Bown. Taken from the album "Whatever You Want" 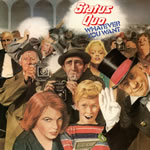